Oath Keepers, one of the largest right-wing paramilitary groups in the country, had its website suddenly shut down this week, temporarily closing one of its last remaining avenues to recruit and organize its ranks.

The group, which sent members and “security teams” to DC during the insurrection that left five people dead, claimed its hosting service, LiquidWeb, “caved to the Loony Left.” LiquidWeb did not respond to multiple requests for comment.

The site went down on Monday, just days after a mob of President Trump’s supporters attacked police and stormed the US Capitol building in an effort to stop Congress from certifying President-elect Joe Biden’s victory.

In the days following the attack, Twitter permanently suspended Trump from its platform over the possible incitement of more violence, and Apple and Amazon banned Parler, a social network embraced by Trump supporters, after reports that its app was used to plan the riots at the US Capitol.

It was unclear why the Oath Keepers website, which had been up for 11 years, was shut down Monday, but in an email to national leaders of the group, Oath Keepers president Stewart Rhodes claimed the site’s host, LiquidWeb, had revoked its services.

“Stewart is not very happy because this is something we paid for,” Jim Arroyo, president of the Oath Keepers Arizona chapter, told BuzzFeed News.

By Wednesday, the site was active again — showing only the letter to members. It included a vow to rebuild its membership and communications functions.

A search of public domain registration records showed its registrar is now Epik — the company that has made headlines for taking on right-wing extremist content that has been removed from other platforms. Epik this week took over Parler’s domain, and it also hosts Gab, a social network whose users include neo-Nazis and other extremists.

Arroyo said the shutdown of the Oath Keepers website came without warning or notice, and leaders of the group were caught off guard. The shutdown removed not just alerts and links the group shares with supporters, but the members-only forum the group has used to organize and communicate within its ranks.

Those forums have become even more vital to the paramilitary group this year, because the group has been removed from Facebook, kicked off Twitter, banned from selling gear with its logos on Amazon, and prohibited from using PayPal to sell its merchandise.

Many local chapters’ events were previously organized via Facebook groups and pages, but after a crackdown by Facebook against militia groups in August, Oath Keepers has been forced to make plans on its website’s members-only forum.

The group also hosted a second forum for non-members, which also went down.

In an open letter to Trump, Rhodes urged the president to seize control of the CIA, FBI, NSA, and office of the Director of National Intelligence.

“If you fail to act while you are still in office, we the people will have to fight a bloody civil war and revolution against these two illegitimate Communist China puppets, and their illegitimate regime, with all the powers of the deep state behind them, with nominal command of all the might of our armed forces,” Rhodes wrote.

For years, Oath Keepers has actively looked to recruit current and former members of law enforcement and the military, and in the days leading up to the attack on the Capitol, it urged members to fly into DC as part of one of its “security” or “protective services detail” teams. The organization also claimed to have organized plain-clothed members into the crowd, as well as armed “quick response teams” outside of DC “in the event of a worst case scenario.”

Rhodes has said Oath Keepers refuses to recognize Biden as the legitimate president of the United States and claimed on Twitter, before being banned, that the US had descended into civil war.

Reached by phone, Rhodes hung up on a BuzzFeed News reporter when asked about the website being shut down.

Video from the event on Jan. 6 shows several people with Oath Keepers patches and gear bearing the group’s logo. One group of men wearing helmets, tactical vests, radios, and patches with the yellow Oath Keepers name were also seen walking up the steps of the Capitol moments before it was breached by the crowd.

Arroyo told BuzzFeed News several members of Oath Keepers attended the rally but that, as far as he knew, no member had entered the Capitol building during the attack. He said none of the people arrested so far are known members of any of the group’s chapters across the country.

Arroyo also claimed the attack had been perpetrated not by Trump supporters, but by members of Antifa who had donned MAGA hats and other Trump gear to mislead the public — a claim that has been debunked repeatedly by top-ranking officials at the FBI and the Department of Justice.

You May Have Missed

31 Pieces Of Furniture From Wayfair With Such Good Reviews, You’ll Probably Want To Own Them Yourself 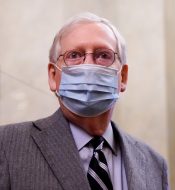 A testimony that will shake you! 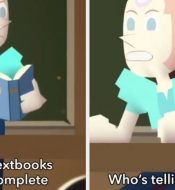 Cartoon Network's Anti-Racist PSA Is Going Viral On Twitter, And For Good Reason 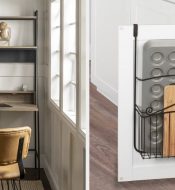 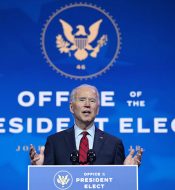 YouTube Will Start Removing New Election Conspiracy Videos, But Not Any That Were Uploaded In The Past Month 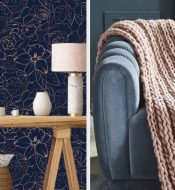 62 Things To Buy On Black Friday That Make Perfect Gifts